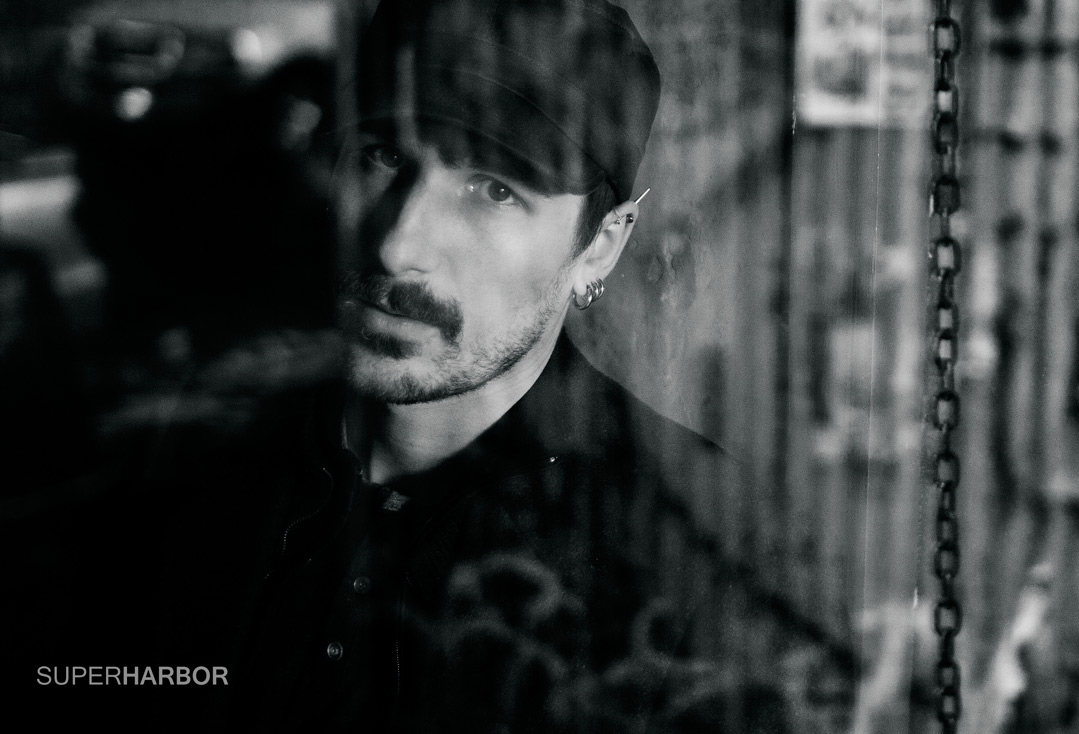 If you saw Gus Storm on the J train you wouldn’t think he was a super hero. Well he’s not, but he does draw them for a living as the illustrator for EGOs published by Image Comics, the same publisher who brings you “The Walking Dead”.

Gus is originally from Seattle. He came to New York years ago because he was “dissatisfied. I felt like Seattle was a little small.” Unable to fully explain why he chose New York, and eventually Brooklyn Gus concedes “we’re pulled to this fucking city. [It’s] hard to answer without cliches.”

Once here he would eventually enroll in the School of Visual Arts. Before that he worked and took classes at The Art Students League of NY, the classical drawing school.

Two years ago, Gus brought samples of his work to the New York Comic Con. From there it got in the hands of the Executive Director of the powerhouse comic publisher, Eric Stephenson. At the same time Stuart Moore, the writer of EGOs saw Gus’ work through a friend. Gus described it as a “a perfect storm of factors” to get into “his ideal label.”

At Image one can “create your own label which is sort of the new wave, the new raison d’ être, of young comic book artists to create your own stuff,” Gus told me during a recent trip to Skytown on Broadway.

The issue of intellectual property within the comic book world is a contentious one. Early animators and writers worked for hire. The big publishers DC and Marvel kept all intellectual rights.

“So now you want to own your intellectual property and that’s the great thing about this company, Image.” Humble as he can be for a ball of nervous, creative energy he admits “I just got lucky. I’m in a place a lot of people would want to be in right now.”

A Day in the Life of an Illustrator

While the idea of drawing comics for a living sounds like the stuff of dreams the fact remains it’s still a job. Gus devotes 12-14 hours a day drawing “at the table”. To complete the comic, which he describes as a “Watchmen-esque take on the legion of super heroes from space” he works throughout the week. He’ll devote two evenings for socializing and one of those evenings will be his drawing evening; every week or two he meets up with other comic artists he respects and admires.

The obstacle he surmounts on a regular basis is his version of the Pareto Principle. He gets as much work done in the last third of this work “day” as the first two-thirds. Working on comics is deadline heavy. “It’s beating the clock, it’s getting a certain amount of things done in a given time.”

“When you’re working from home in your…studio every night you push it 10 or 15 minutes later. And then you’re up, awake when the sun comes up. It takes forever to recalibrate so I’ve acquiesced to the night and wake up at two or one o’clock [in the afternoon]. You become alien to the world slightly because everybody else….” has been up for hours. 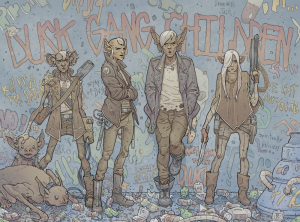 “I’m not really beholden to anybody. I have deadlines, but I just send my stuff to my writer. I only have to deal with one person-my writer. At the most all I have to deal with is two or three people.” In this way the job of comic book illustrator feeds well into his mix of “delicious little neurosis.”

While physical activity gets mental juices flowing the discipline and will power to do a good job is a “secret” many creatives have- “terror. I don’t have that many options. There’s nothing else I really want to be doing. It’s all negative reinforcement. Fear of failure, all the normal stuff.”

His favorite character to draw is Top Quark an “energy guy with a messiah complex. There’s also Masse, a living galaxy. A very depressed, suicidal living galaxy. That’s what sort of drew me to the comics because that was the proposed bad guy.”

He finds going for a bike ride among Brooklyn’s more industrial, gritty areas to be most inspiring. In particular there’s one area of Brooklyn he couldn’t identify by name but whose environment left a mark:

There are “cobble stone streets and sort of dilapidated brick and turn of the century buildings, a crane factory axillary parts. [There’s] old rusted crane pieces, four-block long graveyards.” This part of Brooklyn appeals to him “because i work in the dystopian sci-fi milieu. This strange meeting place over here off of Broadway looks like something out of “Blade Runner”.

He counts “Transmetropolitan” as “the best cyber punk 80s style that exists, particularly the first half of the series”; Cowboy Beop and Trigun as his favorite anime. His main goal is to get his own series published ideally by Image after EGOs has been wildly successful. There’s still a lot of time. EGOs first issue came out in January. The 3rd issue is due March 12, 2014.

In the popular video of John Cleese discussing creativity the legendary comedian/actor mentions the trajectory of a acquiring a new skill includes the beginning in which someone is not good at the skill they’ve recently taken on. Let’s just call this the suck side of the creative spectrum.

A look at Gus’ work would prove he’s on the opposite side, but Gus is quite critical in appraising his work. “I’m well entrenched in my suck phase. Suck phase is relevant. The two guys I draw with for the most part, are so fucking good I’m like a little baby drawing around them.”

Indeed, in that video John goes on to speak of the fruits of one’s labor if they break through the suck spectrum and keep at it. A sentiment Gus agrees with whether he seen this video or not:

“People think that drawing is inherent. You just start doing it and you can automatically do it well. There’s a few people that can, but for the most part it takes a lot of study. Sciencey-like study.” 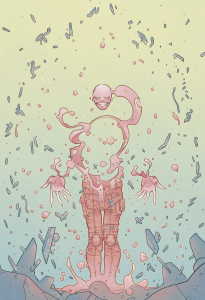 All artwork courtesy of Gus Storms

The Evolution of a Creative Entrepreneur-50 Limes

While working at Compound Cowork’s Work Exchange Program I had the opportunity to collaboratively plan an event-Career Night At The CC. One of a co-working spaces greatest resources are their members and this Prospect-Lefferts Garden space was no exception with a … END_OF_DOCUMENT_TOKEN_TO_BE_REPLACED

If it seems like a new co-working space is opening up every year it’s because they are. Hard pressed to find one five years ago in Brooklyn there is currently almost 30 spread throughout the borough. Colab Factory is … END_OF_DOCUMENT_TOKEN_TO_BE_REPLACED