Is The Yard The Place to Be If You’re a Creative Business In Brooklyn? 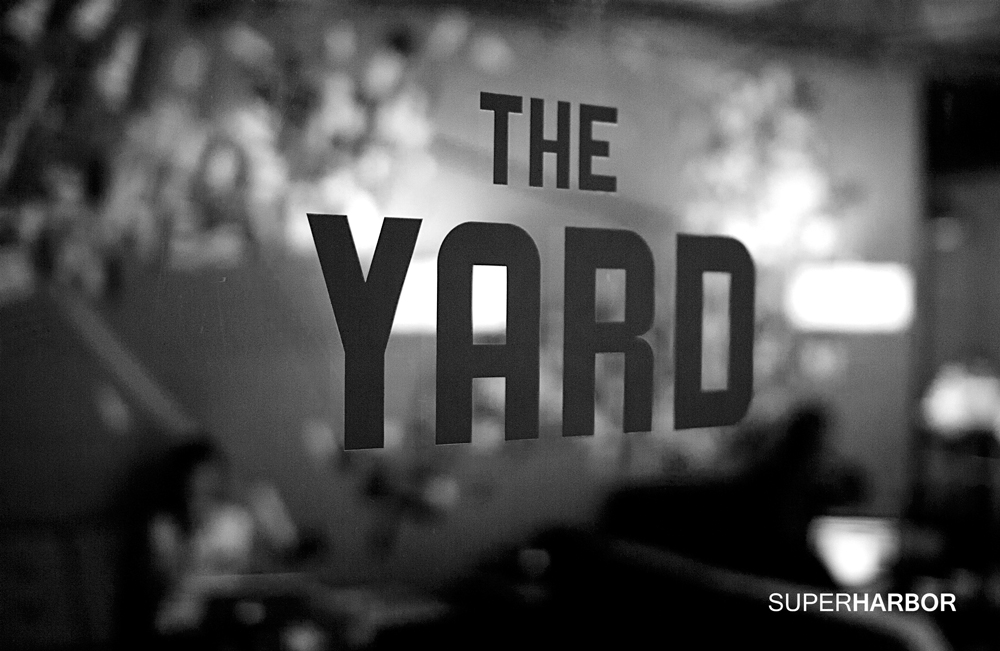 This is a first in what will be a series looking at co-working spaces in Brooklyn.

The Yard is 1 floor, 93 units, and 15,000 square feet of amazing. It’s amazing considering it was a “disaster” according to co-founder Morris Levy before he and his business partner and co-founder Richard Beyda turned it into one of the most visible co-working spaces in Brooklyn.

As Morris tells it he was looking for a place for his real estate business. That search proved less fruitful than he hoped. So he did what any entrepreneur does-he took matters into his own hands. He crunched some numbers and showed them to Richard.

“We went for a ride. On that first day we found this spot. We…looked around for a little longer but ended up coming back here.”

The State of Creativity

With more options than ever to co-work The Yard still manages to be 90 to 95 percent full depending on several factors like time of year (many small entrepreneurs like to work from vacation spots during the summer) according to Morris.

Most companies stay for an average of 8 months because “the goal is this is a good starting point.” People either move because they relocate, they’re not in business anymore or best case scenario they’re growing and we can’t accommodate them anymore.” (The latter is what happened with apparel start-up Hickies who moved into the Green Desk Williamsburg location on Kent Avenue.)

“If you have a computer and a phone you don’t have to spend 40 minutes in a car or half hour on the train to go to the city,” said Morris. “If you’re creative you belong here.”

Brooklyn Based is one of those creative companies. (Who recently featured their fellow co-workers in the series Who Works at The Yard?)

INDMusic is another tenant. “They started out as two and they grew tremendous,” said Morris. INDMusic’s greatest claim, so far, is marketing and monetizing the Harlem Shake videos for the group Mad Decent.

*An inside look into how INDMusic monetized the Harlem Shake video*

“Another member here, Useful Capital, allows investors to determine where to invest based on their sustainability, and social practices,” said The Yard Manager Andy Smith.

While The Yard is very open about who works there, they chose one man out of many to design the place. According to Morris, David Biers shared “a similar vision for a clean aesthetic” that was “a mix of the old and new. That’s one of the things people tell me about this space. People walk in and they feel comfortable right away.”

The map of New York City as you walk in was painted by an artist from Brazil. On the opposite walls are exhibits curated by Andy. “We do the opening receptions every second Friday of the month in tandem with the Williamsburg 2:ND Friday art walks,” said Andy.

“There was no plan B. When you set out to do something you make it work as you go along.  You don’t get stuck. One thing doesn’t work you try it another way.” – Morris Levy

What could possibly go wrong? As it turns out The Yard has run into an old problem with a digital spin. Bad reviews. On Yelp.

As of press time The Yard’s current Yelp rating is an abysmal two and a half out of five stars. Morris explains that one of the bad reviews was from a former tenant who while working at The Yard had a “great relationship” but became disgruntled over the safety deposit process after moving out.
Another bad review stemmed from a “potential” tenant who asked invasive questions during a tour such as The Yard’s profit margins, and revenue.  “Those are not questions people ask when they come for a tour. So I showed him around quickly and asked him to leave.” That reviewer hasn’t written another review on Yelp since.

Furthermore 11 Filtered reviews all five and four stars not factored into the business’s overall star rating according to Yelp. Many of those reviews applauded management for the The Yard’s community building efforts.

“But the the truth of the matter is you don’t really feel the impact of that because people come in to see for theirselves,” said Morris. “I have three tenants that are still here since the day that I opened. And to me that says that I’m doing the right thing.”

“We have our own in house events,” Morris said. “We have hosted some of the meet ups like the North Brooklyn Breakfast Club. We’ve had the Freelancer’s Union here. We try to open our space when it comes to community.”

These events and other programs are largely coordinated by Andy. “We had launched last fall an educational initiative,” he said. “We had a curriculum of classes that was everything from how to kick ass on Kickstarter to Photoshop 101 to IOS development.”

One of their more successful classes was a program on how to open a restaurant developed with small business advisor Holly Howard.

All of The Yard’s events are sponsored by Brooklyn Brewery who Andy has been working with independently “for a while.” He also consults for the Northside Festival. When he’s not hanging out with “really smart, creative people everyday” at The Yard he DJ’s soul night at The Bedford, a bar on Bedford and North 11.

“My goal among many goals is to turn The Yard into a resource for both members and the community at large,” said Andy. “It’s not necessarily about extracurricular activities and group field trips although we do that too, but it’s about using the space and the community we have here to enrich the larger community.”

Funding for Brooklyn Artists Made Easy

While working at Compound Cowork’s Work Exchange Program I had the opportunity to collaboratively plan an event-Career Night At The CC. One of a co-working spaces greatest resources are their members and this Prospect-Lefferts Garden space was no exception with a … END_OF_DOCUMENT_TOKEN_TO_BE_REPLACED

If it seems like a new co-working space is opening up every year it’s because they are. Hard pressed to find one five years ago in Brooklyn there is currently almost 30 spread throughout the borough. Colab Factory is … END_OF_DOCUMENT_TOKEN_TO_BE_REPLACED