The Bar Friends and Family Built in Williamsburg 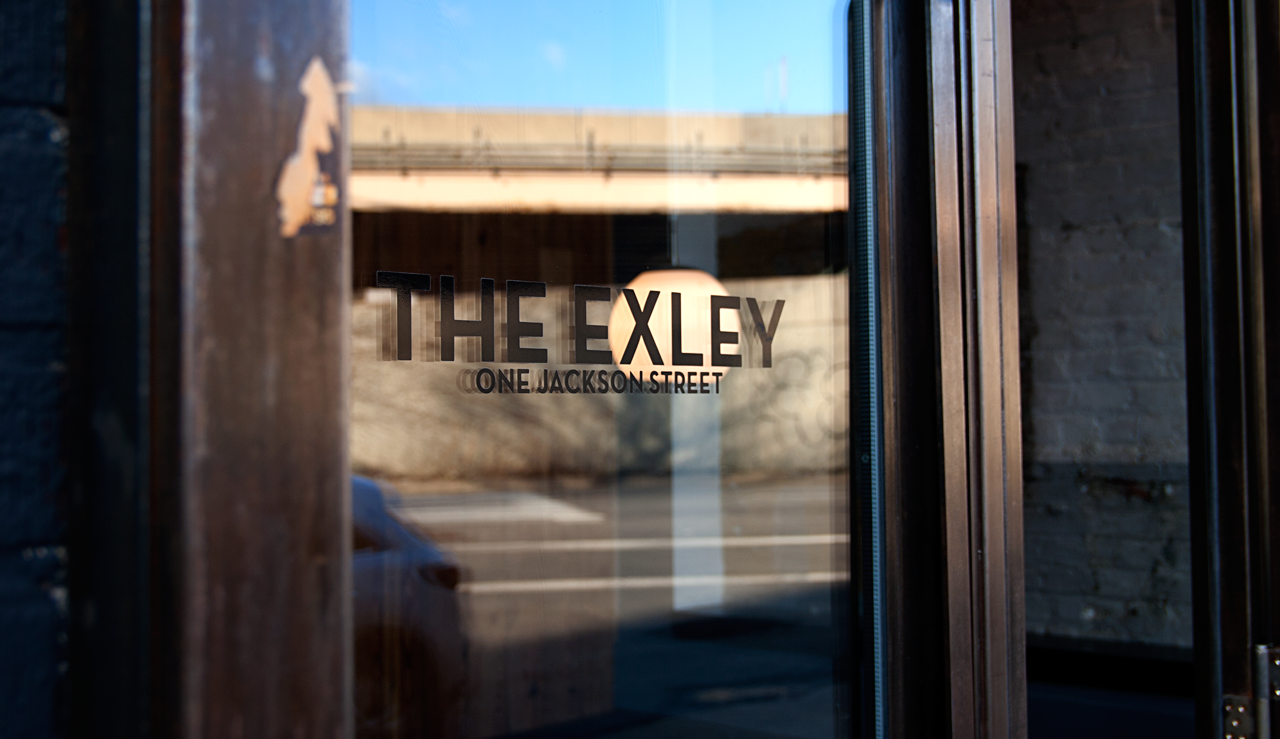 “We could do nothing this year or we can pull our resources together and open a business,” recounted Matthew Ricke. And “Brandon always wanted to open a bar.” It was unanimous. After Matthew, co-owner Brandon Chamberlain and a few other friends decided what they would do it was only a question of how to raise the funds.

“Everyone who was involved is a co-owner but we’re the only managers.” -Matthew Ricke

There are a multitude of ways to fund your dream, aka your small business. In crowdfunding alone there are many options like Go Fund Me, IndieGoGo, and the big kahuna Kickstarter, but The Exley took their project to Smallknot. Successfully funded in late summer 2012 they opened in October the same year.

Matthew, and Brandon funded The Exley just in the nick of time. The campaign was no more than 3 weeks. According to Smallknot co-founder, Jay Lee, the usual campaign is 4 to 6 and a half weeks.

How did you find out about Smallknot?

Brandon: Matthew heard about it.

Matthew: My dad had some friends going to an event by Smallknot hosted at the Dekalb Market. They [Smallknot] were geared towards food and beverage. There were 2 or 3 real people who call you rather than Kickstarter which you’re on your own.

What did you do marketing wise? Did you employ social media?

Brandon: We just used Tumblr. For the most part Exley was funded by friends and family.

Matthew: A quarter of the people who funded it were from the neighborhood.

Have all of the perks, like the bar stool privileges been claimed yet?

Brandon: The vast majority have been claimed.

Would you recommend Smallknot to other small businesses?

How would you describe The Exley?
Matthew: We operate an easy-going bar. We have rotating craft beers. Lots of bars in Brooklyn do whiskey. It’s the best selling spirit. We don’t get heavy into mixology here. Classics with a twist. We’re not a cocktail bar.

Do you consider yourself a creative entrepreneur?

As in any bar socializing is king. Their Facebook and Twitter serves to reflect that. They have screenings of “The Walking Dead” every Sunday along with other events. This month they hosted The Hamlet Project, the Shakesperian drinking game.

That’s not all they’re planning. When “Walking Dead” ends summer TV begins and The Exley will screen “Mad Men” and “Breaking Bad.”

Why “The Walking Dead”?

Matthew: It’s the big show. Socially TV draws people out. It’s more fun to watch with 15 strangers than by yourself. I’m really excited about “Mad Men.”

Is there anything as a small business you need?

Matthew: We need warm weather this spring so we can put the chairs outside. We opened in October. We only had one good month before winter.

Why did you pick 1 Jackson Street?

Matthew: We wanted to have a horizontal space. We have little conflict. Don’t have to worry about noise complaints. There’s a lot of developments here. In 6 or 9 months this is going to be a busy little corner.

Who are your regulars?

Brandon: We have people who travel from Long Island City. Have some regulars from Fort Greene. There’s a gentleman from Union Square who swears this is the best bar.

Matthew:  We’re hoping to open a second place. It takes time to build up. A few more people trickle in every week.

The Evolution of A Creative Entrepreneur- Jack From Brooklyn

What The Heck is a Digital Media Strategist?

While working at Compound Cowork’s Work Exchange Program I had the opportunity to collaboratively plan an event-Career Night At The CC. One of a co-working spaces greatest resources are their members and this Prospect-Lefferts Garden space was no exception with a … END_OF_DOCUMENT_TOKEN_TO_BE_REPLACED

If it seems like a new co-working space is opening up every year it’s because they are. Hard pressed to find one five years ago in Brooklyn there is currently almost 30 spread throughout the borough. Colab Factory is … END_OF_DOCUMENT_TOKEN_TO_BE_REPLACED