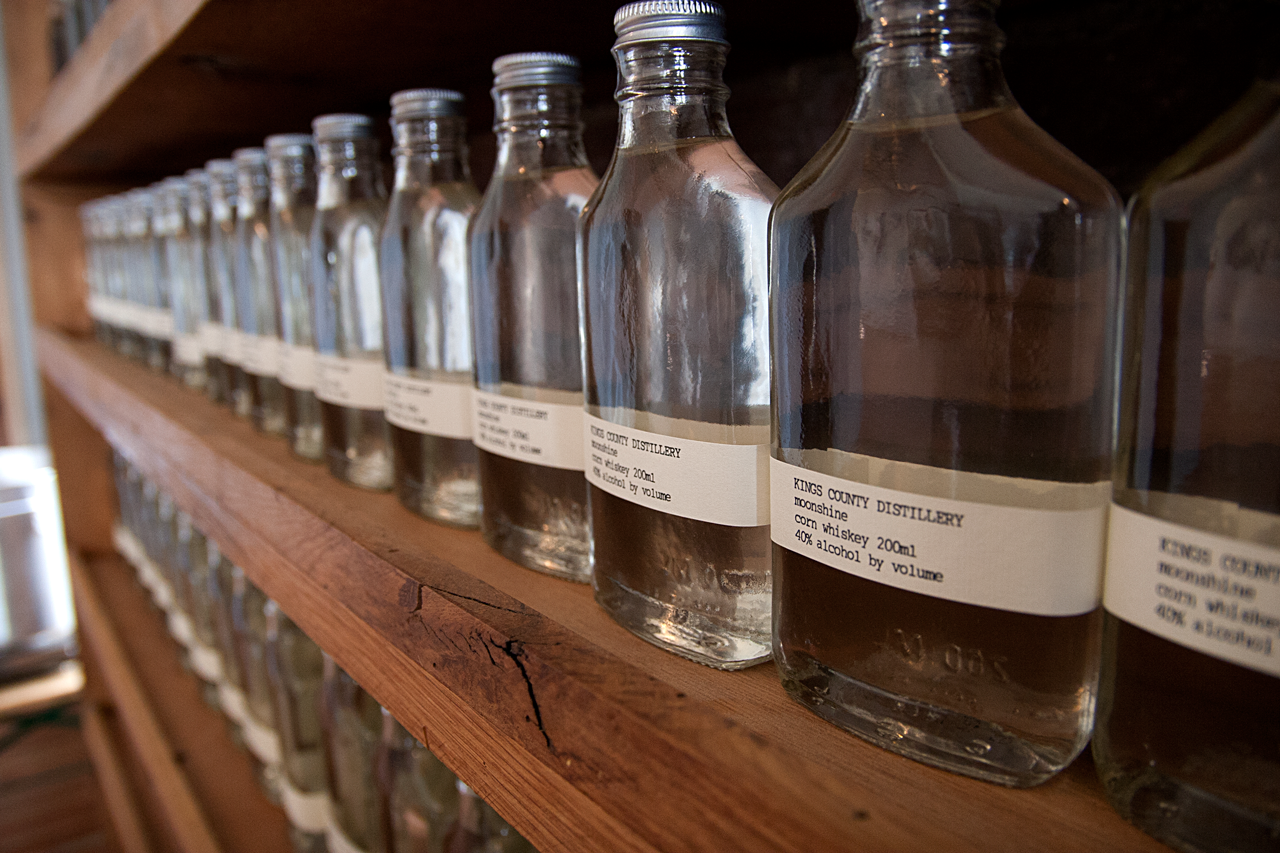 Does following your passion always lead to success? Does Brooklyn’s rapidly changing landscape help or hinder small businesses? We talked to small business owner Colin Spoelman of the Kings County Distillery in the Brooklyn Navy Yard about his and co-owner David Haskell’s journey in setting up shop.

Colin is originally from Kentucky, but ended up in Brooklyn “the same way everybody else ends up in Brooklyn- I moved out to college,” he said. “[I] wasn’t quite sure what I wanted to do with my life. I was interested in moonshine.”

“I had some moonshine that I had gotten from off the black market and was sort of sharing with people in my apartment. People got really curious about it and that made me think maybe I should start making my own.”

“Over the course of a couple of years that turned into a legitimate legal business. After a while of making the moonshine I got a little worried that I would get into trouble. I went back to get a license to do it.”

From Williamsburg, Not Bushwick to the Brooklyn Navy Yard

They were brewing in a studio in Williamsburg (not Bushwick as was indicated in the tour) when leasing agents told them about the Brooklyn Navy Yard.

“We were on Meadow Street of the Grand stop off the L. Super industrial part of the city. It made sense to go with the Navy Yard which was another industrial district.”

“Initially we weren’t very interested in the Navy Yard because it’s so far from public transit. We wanted to be more in a neighborhood. As time went on [it] had some advantages.” He cited the architectural character of the building and having a lot of space as those advantages. “We actually are close to transportation. We’re very close to DUMBO.”

The Letter W is Brought to You By…

Another boon after moving to the Navy Yard was the support they received. Officials there notified them of the Partnership Fund for New York City. As the Navy Yard is owned by the City of New York “for them it was a part of their business mission to help their tenants,” he said.

“They were instrumental in helping us get a loan.” Colin describes the Partnership as a “public private partnership that invests private money into business that benefit the city in terms of creating jobs, creating business and growing the economy.”

Before that he indicated in an e-mail that the distillery “had standard private investors for the remainder of the funding. Our very original investors to start the business were family and friends, but for this latest round we went out to more traditional investors.” Altogether, the distillery received about $1 million in financing.

While the co-owners have made many savvy choices, Colin is humble enough to admit to the advantages of “dumb luck.” New York City laws made it possible for distilleries to open again after a century long hiatus due to Prohibition. “We happened to be there at the right place at the right time.” He advises any other entrepreneurs looking to get started to maximize that special blend.

As for starting a business in Brooklyn: “I do think there is a consumer openness in people wanting to try something new. It’s a curious city which might not be true in a more conservative space. There’s a lot of creative energy in Brooklyn.”

Is Brooklyn a good place to open for business? The proof’s in the whiskey.

The Evolution of A Creative Entrepreneur- Jack From Brooklyn

The Bar Friends And Family Built

There are no older stories.

The Evolution of a Brooklyn Distiller-Jack From Brooklyn

While working at Compound Cowork’s Work Exchange Program I had the opportunity to collaboratively plan an event-Career Night At The CC. One of a co-working spaces greatest resources are their members and this Prospect-Lefferts Garden space was no exception with a … END_OF_DOCUMENT_TOKEN_TO_BE_REPLACED

If it seems like a new co-working space is opening up every year it’s because they are. Hard pressed to find one five years ago in Brooklyn there is currently almost 30 spread throughout the borough. Colab Factory is … END_OF_DOCUMENT_TOKEN_TO_BE_REPLACED