The Evolution of a Brooklyn Distiller-Jack From Brooklyn

Entrepreneurs know. You can consume it in a few gulps, sips or bites, but the road to our favorite foods and drinks getting to our mouths is a journey in of itself. Today, we’re taking a look at one entrepreneur who’s making s*$# happen and making Brooklyn and beyond a more deliciously, delightful place in the process.

Entrepreneur- Jackie Summers, CEO and Founder
Company- Jack from Brooklyn, sorel liquor based in Red Hook
Background– Sorrel is a popular drink from the Caribbean made from the petals of the sorrel flower and commonly imbued with hibiscus, cloves and other spices. When home brewing sorrel it can be made with or without alcohol.

If Jack from Brooklyn looks like it sprang up just two years ago, when it was officially incorporated, you’d be wrong. The seeds of the company were planted in the 15 years Jackie spent brewing batches in his home, tweaking sorrel recipes in his kitchen. He doesn’t have a degree in chemical engineering. He barely graduated high school. What he does have like many entrepreneurs is a will to succeed. According to him the secret is “do shit. If not, nobody to blame but yourself. But you decide to. Every single day you’re going to fight.”

“I rather not get out of bed. I rather drink, play games and play with the cat. But if I didn’t [get out of bed] nothing gets done. It’s a daily thing.”

In addition to the inner fortitude necessary to make it he elaborates on the tangibles: “As a small business money is your key. My money goes to rent, utilities, commodities. That’s it. No marketing budget, no advertising budget.”

The two things an entrepreneur needs are “a plan and money. America’s a funny place. A Monopoly game. The trick to winning is being invited to play.” Just as important is “how to convince other people to lend their experience to your particular idea. Their experience and their money.” 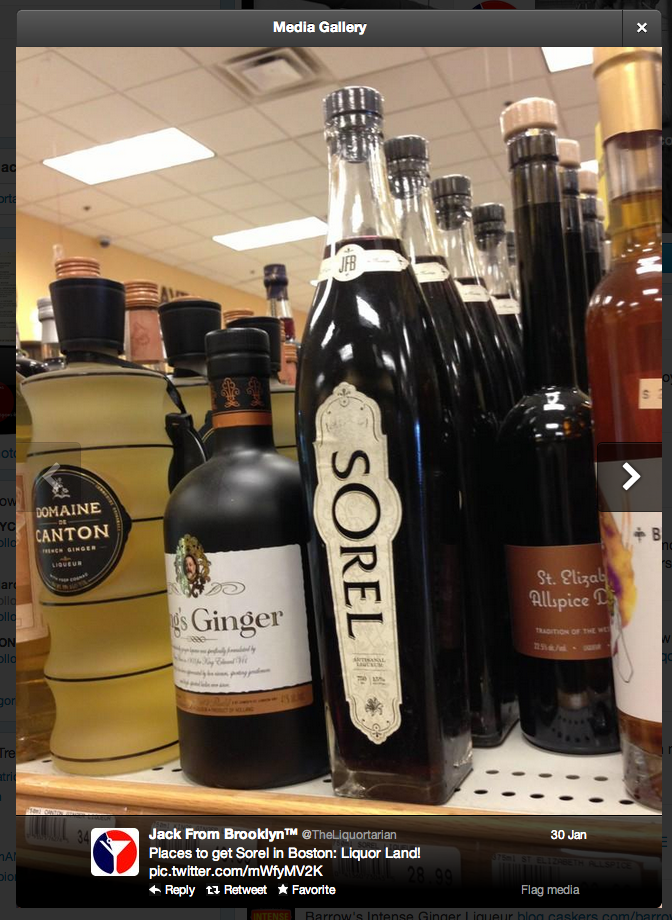 The company isn’t named Jack from Brooklyn because he’s a “raging egotist” but because he wanted to “leverage existing social media” from his popular blog F#cking in Brooklyn which already had “a web presence built in” with 250,000 page views last year alone.

Social Media Marketing Consultant and Second Self Media CEO Lori Edelman reached out to him during his days as a blogger penning stories on F*cking in Brooklyn. “You’re a lovely writer, but your blog sucks,” he recounted her saying. “I find that level of frankness in people irresistible.”

While he admit it’s “hard to quantify social media in dollar and cents” he’s a staunch advocate in “utilizing social media in very measurable ways.” Jack from Brooklyn’s Twitter feed is filled with sorel tastings, recipes, and retweets of restaurants who serve the stuff. You’ll also find tweets devoted to a love affair with bacon, and fun photos and infographics related to the art of imbibing.

Special Hurdles to the Alcohol Business

“Alcohol is the second most controlled substance after plutonium. Make bombs, make booze.”

“Every state’s different. 50 different sets of liquor laws. First, Federal then state approved and they both want different things. You have to at least have a space. Money’s important because you need to have a lease before you even know if you’re going to be approved.”

Speaking of spaces, he spent 2 months in 2011 looking for a spot. There were lots of warehouses but none “suitable to make a food grade product.” It just so happens Red Hook Winery was moving a few blocks away leaving a vacancy which the sorel company now inhabits.

“The distillery took 5 feet of seawater during Hurricane Sandy. Red Hook took care of me,” he said of the Red Hook Lobster Pound and others helping him clean out after the disaster. It took 3 months to get it to functional capacity. The distillery is currently at 40% capacity. “The road to recovery is ongoing.”

The Day is Dictated by the Business

Jackie normally pumps out 1000 liters of the inviting alcohol on a weekly basis. That’s about 900 bottles, sixty cases a week. A typical day for Mr. Summers can include producing, bottling, or seeing other liquor entrepreneurs. Within walking distance is Six Point Brewery, and the Van Brunt Still House just to name a few. On this particular day he visited Alex Clark and Dan Preston, Sales Director and CEO of Cacao Prieto, respectively.

“At any point in your life you can reinvent yourself. I turn 46 this year. It’s just the beginning.” – Jackie Summers

If you want to taste the hard work of Brooklyn’s liquor entrepreneurs there’s the self guided Brooklyn Spirits Trail.

The Bar Friends And Family Built

While working at Compound Cowork’s Work Exchange Program I had the opportunity to collaboratively plan an event-Career Night At The CC. One of a co-working spaces greatest resources are their members and this Prospect-Lefferts Garden space was no exception with a … END_OF_DOCUMENT_TOKEN_TO_BE_REPLACED

If it seems like a new co-working space is opening up every year it’s because they are. Hard pressed to find one five years ago in Brooklyn there is currently almost 30 spread throughout the borough. Colab Factory is … END_OF_DOCUMENT_TOKEN_TO_BE_REPLACED