The Evolution of a Creative Entrepreneur-Persons of Interest 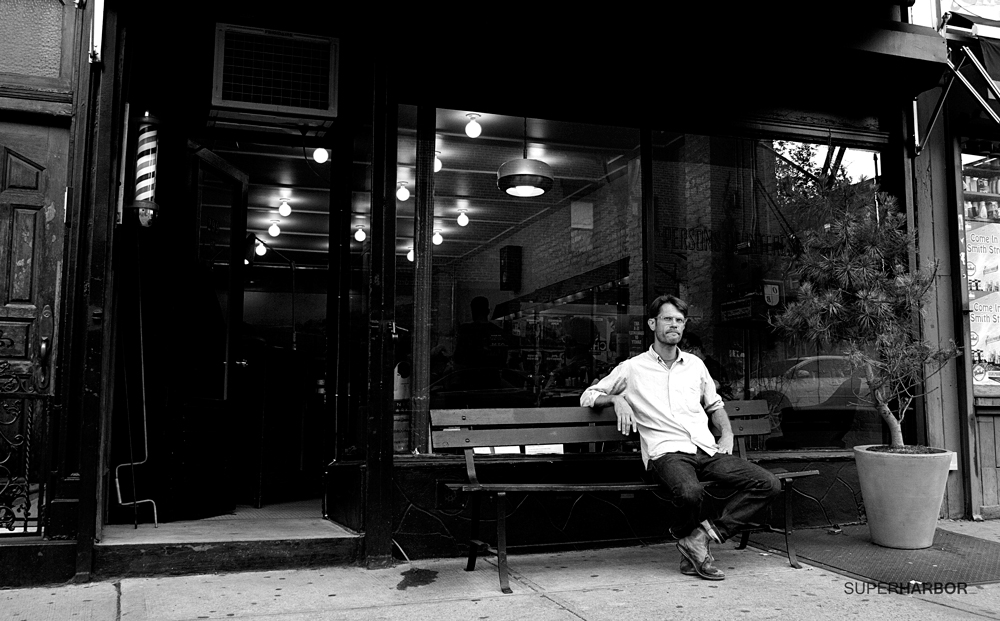 Do you need previous experience to make your vision happen? While it’s great to have when embarking on a new venture, in the right circumstances, it’s only secondary. For Steve Marks it wasn’t so much about experience as it was about confidence and skills.

Entrepreneur Steve Marks
Company Persons of Interest, barbershop in Carrol Gardens (second location in Williamsburg)
Background POI is a perfect fit of nostalgia and modernity where you’ll find complementary drinks like Brooklyn Brewery beer and classic Coke bottles in coolers as you wait to get coiffed.

Steve was working as a TV producer when neighborhood beloved Sal the Barber died. He thought that if someone could update the barbershop it would work wonders. In an epiphany he realized that someone was going to be him.

“I felt relatively confident that I could make it work. I knew the neighborhood. I knew the demographic and the clientele,” Steve said.

“I loved the space including the mural in the back.” But, the “70s time capsule down to the Formica, chocolate brown sinks. I saved the coolest bits, but it needed a total refreshing.” Some of those coolest bits would be the mural and the barber chairs.

“I felt relatively confident that I could make it work. I knew the neighborhood. I knew the demographic and the clientele.” – Steve Marks

“I thought I would open this, get it going, and I’d go straight back to TV. This will be my little side project. But, then it doesn’t work without your constant supervision. Now that I’ve opened a second one it definitely doesn’t work.”

He would hire a general manager but the logistics don’t work. “The general manager has to be as invested in the business as you are. Not phoning it in. To find someone good, someone who’s going to do a good job you’re going to have to pay a lot of money or at least a living salary.”

Steve opens locations based on places he hangs out, places he likes.

“I can tell a customer two blocks away. When I open a brand new shop I spend a good year wandering around the streets handing out business cards. And I still do. It takes awhile for customers to find out about you. You can’t just wait for the customers to come. That’s insanity.”

As for Social Media

“I really love Instagram. I almost exclusively use [it]. And the other thing is Instagram is new enough that I’ve gotten really cool people following the shop I would have never have had access to.” Those people include top magazine editors and other influencers.

“I have no idea what to write on Facebook. What am I going to say ‘Come get a haircut’? I don’t get Facebook. Twitter’s a little more my speed, but again what do I say?”

Has he found his business on the pages of New York Magazine and Time Out New York due to social media? No. Like many small business owners he handles his own press. This task is made more feasible through his other life as a TV producer where he met many people in the publishing industry.

For instance, Steve knew Jonathan Butler of Brownstoner and Brooklyn Flea fame from a time they pitched a TV show together. “They featured it on their blog. Every editor in the city reads Brownstoner. It builds. A blog mention on a well thought of, well viewed blog really puts you on the map.”

While he relies on his contacts to keep Persons of Interest on people’s radar it’s actually the relationships within the shop he cultivates the most. “Those are my most important relationships. I want happy barbers.”

He’ll be there when the shop opens up (at either location) because “it’s really important to show the people who are here I’m right here with them. They’re coming in on Sunday too.”

His attention seems to be working. “We’ve had little turnover, no turnover really. In the three years this shop has been opened one person has left because they moved to California not because there was some issue.”

While success always feels good, to grow requires new challenges. Right now he’s looking for a third location, and more barbers. On the personal side, as a father someone to see after his brood during after-school hours would be a blessing as well.

Opening a new store, hiring, parenting- these are the things Steve Marks is fairly confident he’ll accomplish too.

Funding for Brooklyn Artists Made Easy

While working at Compound Cowork’s Work Exchange Program I had the opportunity to collaboratively plan an event-Career Night At The CC. One of a co-working spaces greatest resources are their members and this Prospect-Lefferts Garden space was no exception with a … END_OF_DOCUMENT_TOKEN_TO_BE_REPLACED

If it seems like a new co-working space is opening up every year it’s because they are. Hard pressed to find one five years ago in Brooklyn there is currently almost 30 spread throughout the borough. Colab Factory is … END_OF_DOCUMENT_TOKEN_TO_BE_REPLACED